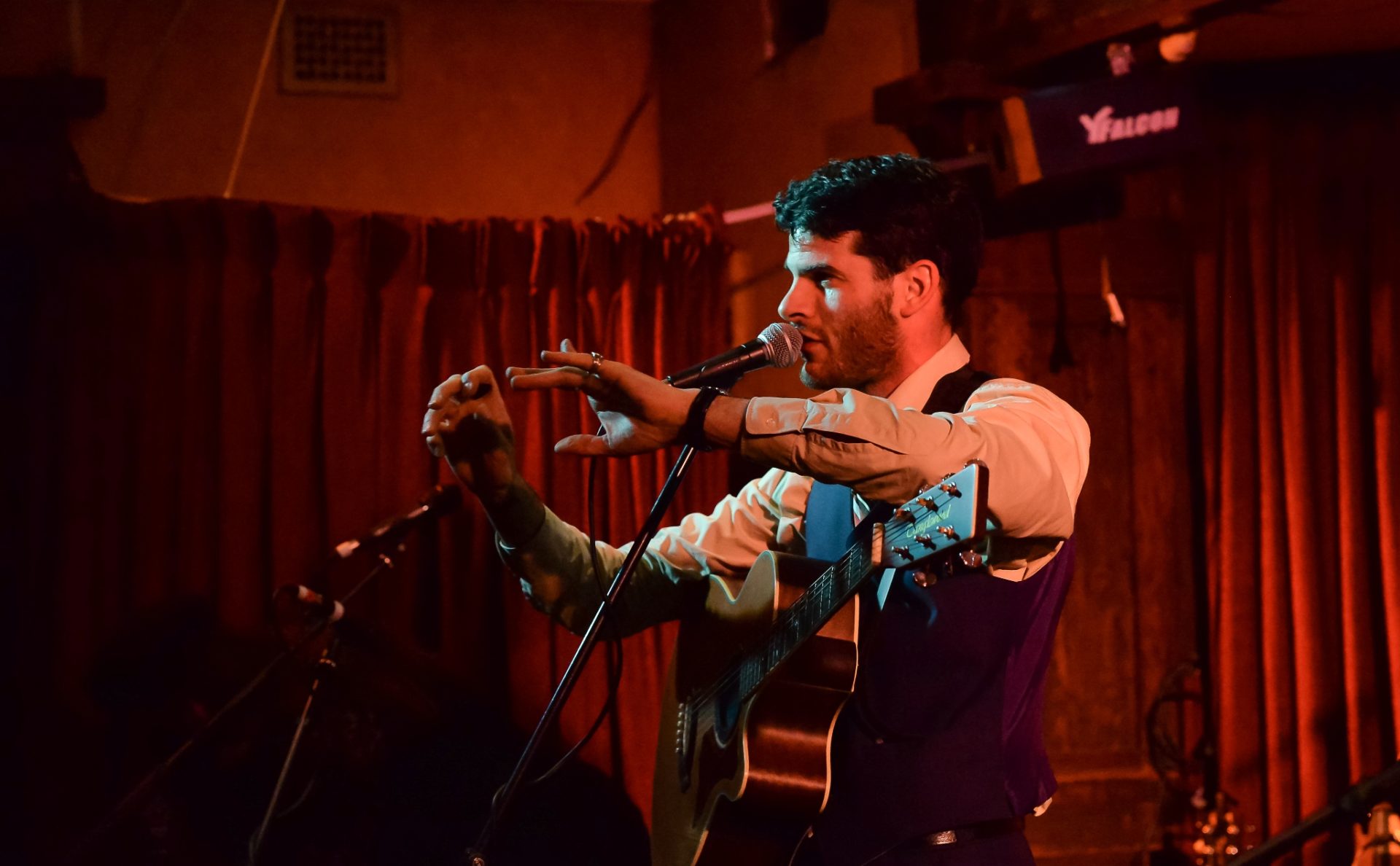 Within the cosy confines of Hotel Blue, a relaxing Saturday evening in Katoomba saw the Julien Joel Clement trio perform to a friendly local crowd of family, kids, acquaintances and strangers. Sharing some live renditions of songs from his recent debut solo album, Failure And Masterpiece, Julien was accompanied by multi-instrumentalist Neill Duncan, the album’s producer and contributing spirit, and Lino Romeo, whom Julien had played with in his former punky French-folk act, Belle Jar. Firmly clutching some trusty steel-string guitars amongst this stripped down, yet innovative ensemble of drums, one-handed saxophone, melodica and backing vocals from Neill and bass from Lino, Julien confidently displayed some of the results produced by his quirky and inventive songwriting skill. Rich lyrical fragments also grabbed our attention, juxtaposed against the earthy, dry and atmospheric tones of the instruments, and Julien’s diverse vocal ranges. “I have never been in a great war…now my mind is the green grass…fire of the sun”. Showing great rhythmic flexibility, tightness, and textural understanding, these experienced musicians also demonstrated their ability to play in a literary, experimental style to conceptually complement the landscapes and characters offered up by Julien, with genres ranging from European waltz to folk ballad, to rapid 2/4 time. From Neill gently tapping on the rim of one his drums with one of his silver rings to Julien’s remark about a song being hidden in event of his glass of wine not yet being spilt, Julien Joel Clement’s trio demonstrated their combined musical powers in the sake of ‘thinking outside the box’, to a crowd that was kept balanced in their soft hands.