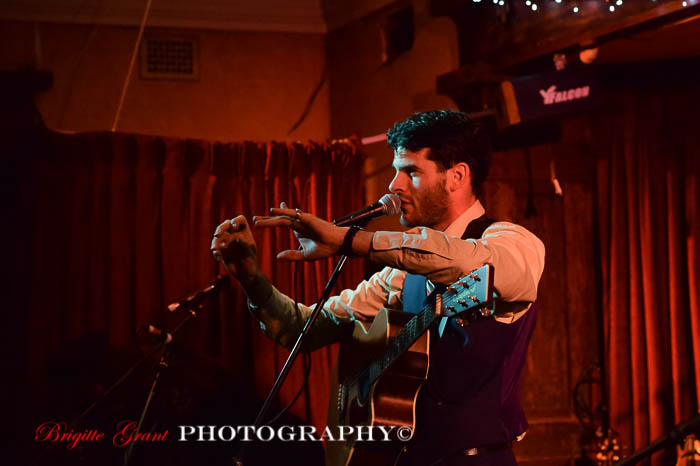 French-born and raised singer/songwriter Julien Joel Clement blends genres, whatever the song requires, whatever will not fit into the various bands he plays in (gypsy pop, disco funk, ska). What matters is connecting to the audience, and giving his best shot at it.

He recorded his debut album “Failure & Masterpiece” between 2015 and 2018 with Neill Duncan, in Neill’s home studio in the Blue Mountains. The songs weave from indie pop to lush soundscapes with jazz and blues flavours at the bottom.

Saxophonist and drummer Neill was born and raised in New Zealand, and has forged a reputation there (Primitive Art Group, The 4 Volts, The Jews Brothers...) and in Australia (Darth Vegas, The Three-Handed Beat Bandits…) for his left-field approach to playing and producing.

While recording his first album, Julien kept making demos on a Boss Micro BR-80, planning to re-record some later. As the time came to make that second album, he felt that those original recordings held a rawness and sound effects that would be too tricky to recapture in studio. Julien then chose 11 tracks to be re-mixed in Neill’s Single Hand Studio. To put it simply, Neill managed to make 3D out of 2D, breathing much-needed space into the tracks. Eventually, they made their way to Stuart Sound Heaven – guitarist and recording engineer John Stuart’s home studio – to be mastered.

Julien chose 4 of the tracks to release as an EP, “Shut The Mind Down” which you can listen to by clicking HERE. The release of the second album “Answers In The Dust” will follow before the end of 2020!

Click HERE to listen to the diverse influences on Julien’s album.